1980  Willie Nelson’s “On The Road Again” is in the #1 position on the Billboard country singles charts.

1995   Shania Twain’s “The Woman In Me” is certified triple-platinum.  It only took 9 months to reach it’s Platinum status.  Tracks include “Any Man of Mine, Who’s bed Have Rour Boots Been Under, You win My Love”

1994 Happy Birthday Lauren Alaina Suddeth is born in Rossville, Georgia. Better known as Lauren Alaina she  finishes as the runner-up in the 2011 edition of “American Idol,” she hits #2 on the Billboard country albums chart with her debut, “Wildflower.” She scores a #1  in 2017 with “Road Less Traveled” and a Kane Brown duet, “What Ifs”

2003 “Who Wouldn’t Wanna Be Me” by Keith Urban to is #1 on the Billboard country charts.

2013 Cassadee Pope single  “Wasting All These Tears” is certified Gold.

The #1 song in country music this week Carly Pearce. 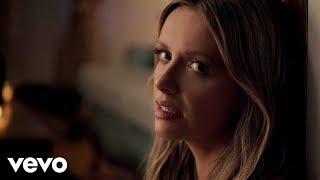 Keith Urban – But For The Grace Of God

Maren Morris – I Could Use a Love Song

WYNONNA JUDD – No One Else On Earth [HQ]

Luke Combs – When It Rains It Pours

Chris Stapleton – Nobody to Blame

Cole Swindell – You Should Be Here (Official Music Video)